An overview of what’s been going on in Fullstack Foundations Week 2-4 and the big presentation with Goldman Sachs. 🚀

Fullstack Foundations is the prework course for Fullstack Academy.

I have been quite the busy bee. 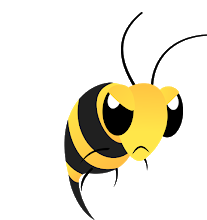 So I’m taking a break and writing about how I’ve become the annoyed bee depicted above. It’ll allow me to destress for some strange reason.

Since this is going to be a ridiculously long post (playing catch up here), I’ve broken it into sections:

For Weeks 2 and 3, I had to fervently split my time between working on Fullstack Foundations and preparing a big presentation for Goldman Sachs.

But that’s not all. Otherwise, I’d still be the first bee. As of now, I also have to handle the following:

Thankfully, once summer hits, my only focus will be Fullstack (assuming I pass the assessment – I suck at those), the GRE, and that summer course. Not bad.

I was selected as one of 3 finalists to represent BrooklynCupcake for the 10,000 Small Businesses Student Challenge through Goldman Sachs. I was one out of 9 students presenting since there were 3 students for the three different small businesses.

This implied that I had to create a 5-minute presentation addressing the business challenge BrooklynCupcake wanted to solve.

Creating the right presentation can take a whole lot of time (it totally did) and I ended up getting a cold from trying to work too hard (at least that’s what my mum claims). I even still had that cold when I was presenting, but I lucked out and even though I had this sketchy cold voice the day after the presentation, I managed a softer sexier cold voice the day of.

Regardless, the hard work paid off and I was selected as the winner for the BrooklynCupcake category!

This was the final submission I presented.

You can view my entry submission as well.

With all that being said, what stood out for me the most throughout the entire trip was how everyone got to work on 200 West Street. The Goldman Sachs building/tower is huge so what everybody does is enter through the first floor, take an elevator to the 11th floor (the Sky Lobby) and then from there, they have several different elevators they can use to get to the other floors. There was an elevator hallway for Floors 12–14 for instance and then another for Floors 30–40 and so on and so forth.

Everyone was so used to all the elevators and there were so many people just packing inside the next available elevator. It felt like something exciting was always about to happen but at the same time, I felt a lot like a sardine.

Needless to say, I learned a lot about what kind of environment I’d like to work in for the future. I have just never been into very big crowds… or (sigh) business suits.

Anyways, I’m going to use all $5K of what I earned to pay for the Fullstack Academy tuition, which is going to cover roughly half of it all.

For Part 2 (or Week 2) of Foundations, which was twos week ago (holy crap!), I did end up finishing the “Guessing Game”, which was a lot of fun. 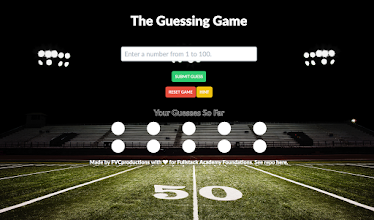 You’re welcome to play the game at fvcproductions.github.io/Guessing-Game.

But now this week is all about Part 4, the last part, the finale, the end game. I still have a lot of crap to do but I have been able to reach some conclusions.

I’m feeling statistically inclined so I’m going to share some of the more technical aspects of my experience so far. Mind you, this is more for my personal benefit than anything so I can look back and (hopefully) see how I’ve improved.

So now let’s break that down – what am I REALLY paying for?

I’m going to use 4 months as a point of reference since that would include the roughly 3 months of the actual program and then the 1 month of Foundations.

So, with all that, we can calculate how much they’re really spending on each student, like me.

Yeah, that looks about right. I got a good deal! 😄

HOLD ON NOW. That doesn’t include living and eating and extra expenses.

So, in total, the program is going to cost me around $14K, give or take.

Now when this all over, I’ll abe able to see if I’m any good at estimating.

Frances Coronel is a software engineer specializing in UI development on the Customer Acquisition Team at Slack where her mission is to make your working life simpler, more pleasant, and more productive.

Outside of Slack, Frances is an Executive Director of Techqueria, a 501c3 nonprofit that serves the largest community of Latinx in Tech in the US.